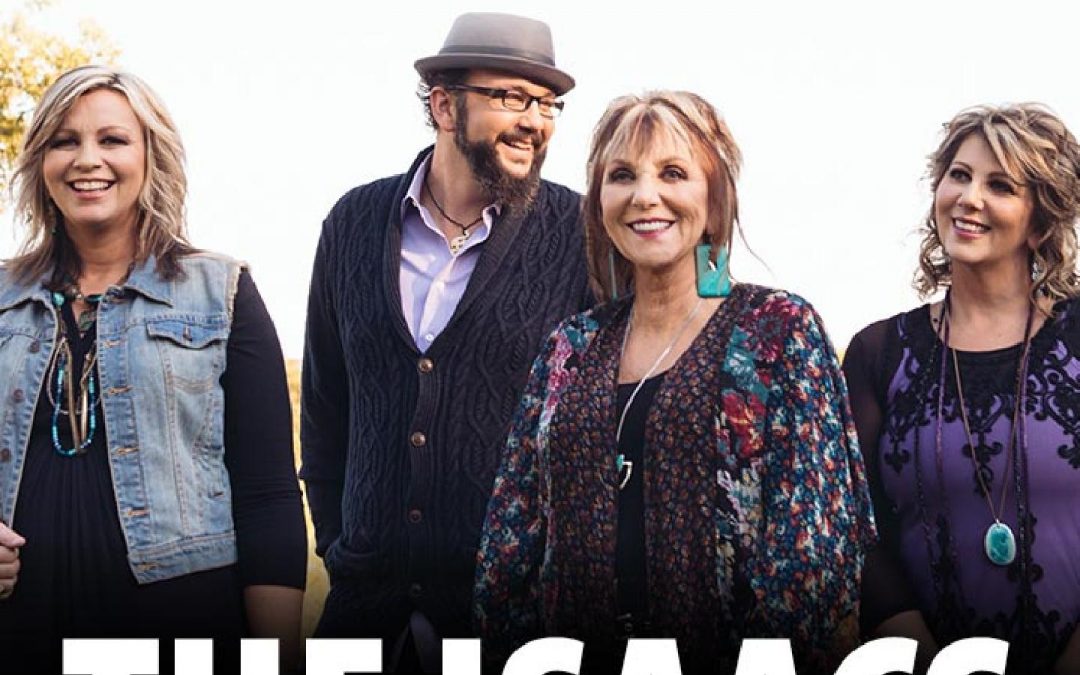 The Isaacs have been performing and sharing their musical gifts for over 50 years and in 2021, after appearing as guests for 30 years, the Isaacs were officially inducted as members of the Grand Ole Opry. The year prior, they were inducted into the Gospel Music Hall of Fame. They have been frequent guests on RFD network’s ‘Larry’s Country Diner’,  and also appeared on the Gaither Homecoming Videos and Tours for over 20 years. The Isaacs and it’s members have been invited to perform on many gospel, bluegrass and country artist albums and stages including: Dolly Parton, Paul Simon, The Oak Ridge Boys, Don Williams, George Jones, Merle Haggard, Trace Adkins, Trisha Yearwood, Vince Gill, Reba McEntire, Brad Paisley, Dierks Bentley, Alabama, Craig Morgan, Josh Turner, Alison Krauss, Natalie Grant, Connie Smith, Marty Stuart, Ricky Skaggs, and many others.

The Isaacs have also won 9 Dove Awards and their latest 3 albums have been nominated for music’s highest award, the Grammy. They have performed the National Anthem at many professional sporting events including NFL, MLB, NBA and  NHL games.

Besides their music, the Isaacs are involved in many humanitarian organizations, including their own called “The Isaacs Foundation” that blesses the less fortunate in America. They also have a branch called the “Fishman-Isaacs Israel Initiative” that has raised hundreds of thousands of dollars to bless Israel, specifically Holocaust Survivors, Israeli “Lone” Soldiers and orphans.

This event is part of the Mountain High Music, Craft & Car Show.