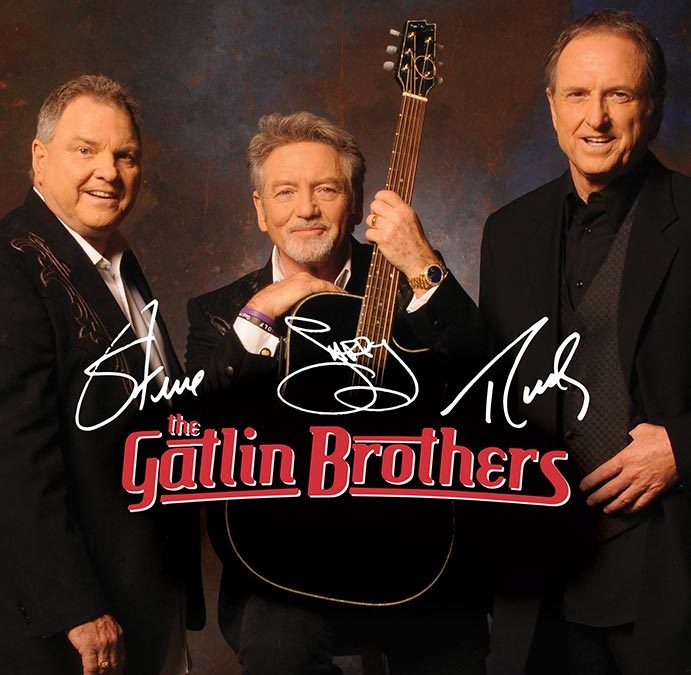 Celebrating 65 years in show business, Larry, Steve and Rudy- known to the world as “The Gatlin Brothers” have accrued a lifetime of noteworthy achievements, including a Grammy Award, three ACM Awards, Album of the Year and Male Vocalist of the Year, along with multiple nominations and honors.  The brothers have accumulated 8 number one singles, 30 top-forty records, 24 studio albums and 5 BMI “Million Air” Awards.  As they reflect on their 65 years in the business, Larry, Steve and Rudy recall an astonishing amount of venues and stages on which they have performed over the years from the Grand Ole Opry to Carnegie Hall, Broadway and across the globe.  They have performed for the Grammy Awards, the American Music Awards, the People’s Choice Awards, The Tonight Show, Oprah, Hee-Haw, the White House and many more, including their own ABC variety special.  With their deep love of country and family at the fore-front, the Brothers are proud to continue to entertain and support US troops across the world including Kuwait, Qatar, Germany and more.  With 65 years of show business under their belts, Larry, Steve and Rudy are happy to say they are just getting started.