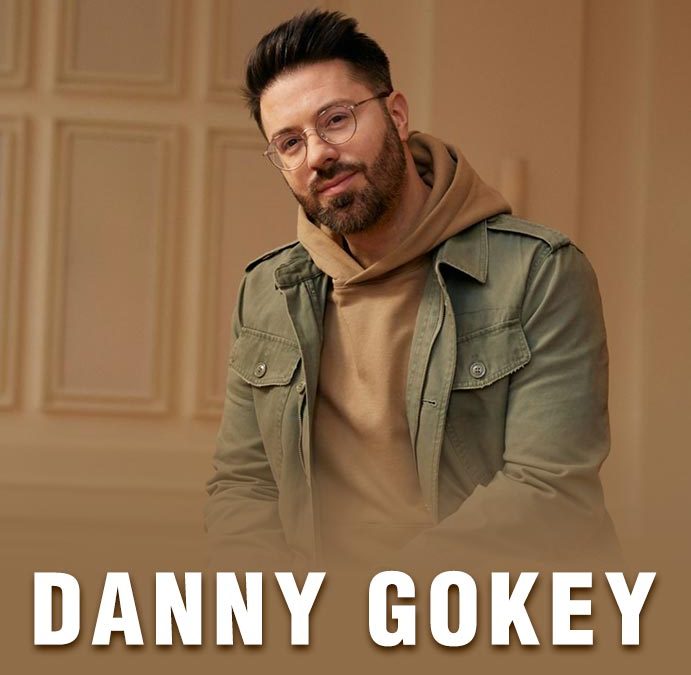 As a top-three finalist on season eight of American Idol, Danny Gokey quickly became a favorite of millions. Following Idol, Gokey dropped his first album, My Best Days, which debuted at #4 on the Billboard Top 200 album chart. Since that time, Danny has celebrated a series of #1s including his follow up album releases Hope In Front of Me, Rise, Haven’t Seen It Yet, and holiday albums, Christmas Is Here and The Greatest Gift. Spawning singles like “Hope In Front of Me,” “Rise,” “The Comeback,” “Love God Love People,” and RIAA Certified Gold singles “Tell Your Heart to Beat Again” and “Haven’t Seen It Yet,” Danny has cemented his place on the radio charts with multi-week, multi-chart top-ten runs in the United States, Canada and now Latin markets with his Spanish singles. He has been honored with three Grammy nominations, three wins as KLOVE Male Vocalist of the Year, two Dove Awards and numerous Dove Award nominations.

But it is the power of music to provide purpose and direction, especially in the most trying times, that has shaped Danny Gokey’s life and driven his career. Born and raised in Milwaukee, WI as one of six children, Danny grew up in a household where music played an integral role and remained a constant through both triumph and heartbreak. It sustained him through the death of his first wife, Sophia, and is what inspired him to take the stage on American Idol. With the platform the show afforded, Danny aspired to mix hope and entertainment in a way that would truly make an impact. He went on to found Sophia’s Heart in honor of his late wife, which later became Better Than I Found It, a nonprofit organization committed to supporting other nonprofit organizations who are making a difference in their respective communities. Life as an artist often means busy schedules and time on the road away from home, so Danny cherishes every moment he gets at home with his wife, Leyicet and their four beautiful children, Daniel, Victoria, Gabriel and Emanuel. Still, he is excited for this season of new music and continuing to share hope and encouragement with his listeners.